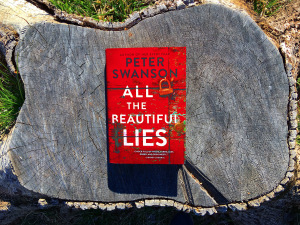 Harry Ackerson has always considered his step-mother Alice to be sexy and beautiful, in an “other worldly” way. She has always been kind and attentive, if a little aloof in the last few years.

Days before his college graduation, Alice calls with shocking news. His father is dead and the police think it’s suicide. Devastated, he returns to his father’s home in Maine. There, he and Alice will help one another pick up of the pieces of their lives and uncover what happened to his father.

Shortly after he arrives, Harry meets a mysterious young woman named Grace McGowan. Though she claims to be new to the area, Harry begins to suspect that Grace may not be a complete stranger to his…